“Why did I write? Because I found life unsatisfactory.”-Tennessee Williams 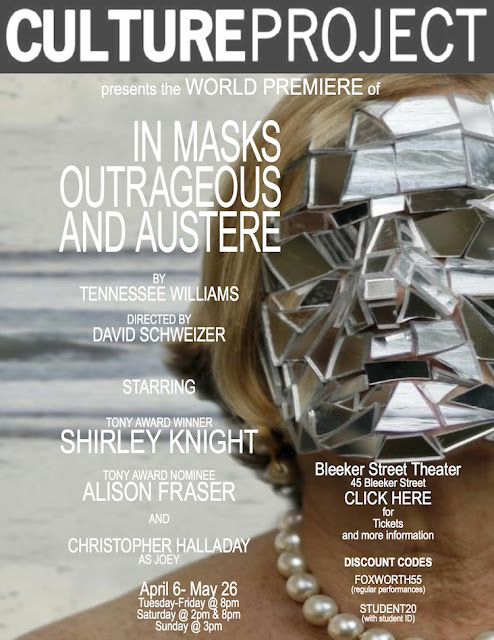 “Tennessee Williams goes for broke in his final full-length play, exploring the surreal, the nefarious, and the erotic in ways never before attempted by the great American master. The richest woman in the world, her gay husband and his young lover are thrust into a mystery world, defined by disorientation and paranoia, where they are held captive by omnipotent corporate forces. A cast of bizarre characters enters an increasingly threatening environment, and tensions reach a fever pitch as trust among the three protagonists begins to disintegrate. This stunning production, which includes a state of the art video system, sixty LED panels, and eleven projectors, takes its characters—and its audience—to a wholly unique theatrical realm that’s every bit as thrilling as it is dangerous.”